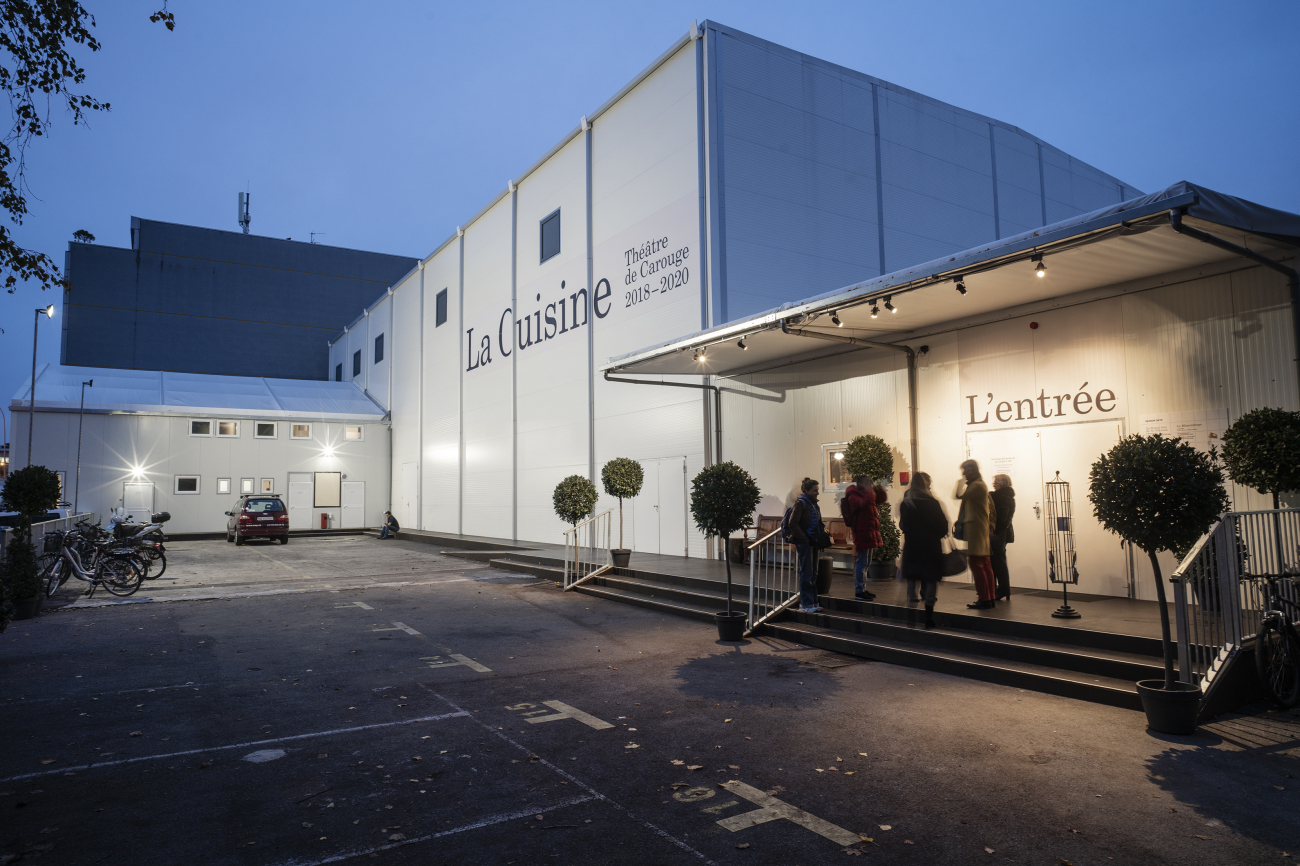 Founded in 1958,  the Carouge Theatre is currently directed by Jean Liermier.

Despite being the first director not to have any direct connection to the Theatre's founders, he remains loyal to the classical repertoire of popular theatre, directing plays by playwriters such as as Molière or Marivaux. He also lends the stage to renowned French-speaking and international figures such as Piotr Fomenko and Michel Piccoli

in septembre 2017, a referundum was voted in favour of the reconstruction of the Theatre. At last, theworkers of this big institution will be able to collaborate under the same roof !

The Theatre will experience a transition period until 2021. A brand new temporary structure called La Cuisine will host plays during the 2 next seasons. Located on rue Baylon, it La Cuisine can seat 540 spectators and offers drinks and snack 1h30 before and after the playing show.